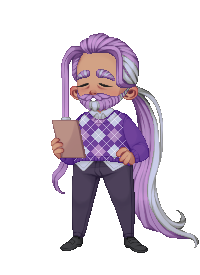 Reviewing the clues he had uncovered, Vontell decided to head over to the man closest to the scene at the time, Mayor Volkan. The mayor seemed distressed, rubbing his forehead as if a headache threatened him from the whole fiasco of the Ritual.

"May I have a bit of your time, please?" Vontell asked the mayor as he approached, who started at his voice.

"Time? There's no time, there's so much to do! How am I supposed to fix this? How do I make them stop this? I can't even remember what else I need to do, but I know I had a whole list of things! Oh my stars, what was I..." the man trailed off, mumbling furiously under his breath.

Vontell blinked, seeing the mayor worrying so much about the state of Voltra. He'd need to help Mayor Volkan calm down before he could get any ideas about what had happened.

Friend PM Trade
Npc — He/Him Posted 1 year ago ( 2019/10/29 17:08:02 )
Summary
Vontell heads off to Mayor Volkan to ask him some questions.
Mayor Volkan is in a bit of a tizzy and is fretting too much to respond.
Vontell must help the mayor uncover some messages before he can get any more information.

Mechanics
You will be presented with several messages, which each have hidden messages for you to discover!
This is a group activity. Working together will help make it easier to find all the answers.
But feel free to work alone as well!
Make sure to put your answers under a spoiler to give others a chance to play.

Prize
Once all the correct answers have been found, and at least 15 people have attempted to answer,
the EI Gummy Bear will be added to Joyful Jamboree.

All participants in this thread will be granted a free Gummy Bear tomorrow at noon.
(Note: Participation includes any form of posting in this thread. Even if you don’t want to join in the game, show your support!)


Victory can be but a hollow shell without friends.
As years pass in loneliness, could it not be the time to reconnect with friends?
Nothing can substitute friendship.
Only friends can help you cope with the vicious claws of life.
Remain by your friends' sides as they remain by yours.
Actions will speak louder than your words.

With vigilance, keep an eye on your health.
It is most important to remain healthy, both mentally and physically.
Many vitamins are available in stores if your body needs just a little help to cope with life's demands.
Your immune system sometimes needs to take time to recover, so don't push yourself constantly.
The Earth constantly has new diseases and bacteria popping up, so keep yourself clean and healthy.
Although nobody thinks they will catch the flu, they often do end up with it, exhausted and unable to function well at work or school.
Do not push yourself if you do get sick, or ignore the signs, whether they be physical or mentally.
In eventual time, you will recover, with enough time, rest, and nourishment.

As the spooky season begins, know that this a great time to spend with friends or family.
In the event that you'd rather be alone to hoard all that candy, well, why not?
As the cool kids might say, sharing is caring, but some things aren't meant to be shared.
Others will understand when it comes to sweets.
Candy shall righteously be devoured on this day that the Jack O' Lanterns come out to play.
Friends, family, iconic members of the community all love this season and celebrate it as much as possible.
To spurn this season is to spurn the neighborhood, in this time when the ceremony of peace between two immortal beings occurs.
In this, your decision to enjoy candy either by yourself or with others won't matter, as long as you celebrate the season.

It is always best, when fun is present, to succumb.
The best fun is with friends, when drinking tea and hot cocoa.
Or hanging out together at the movies or a mall, looking preferably chic.
Or even at home, or a restaurant, however you and your friends leave a mark.
Maybe you'd prefer to just curl up at home with some good books.
Could anything beat that?
Perhaps so, for I hear the orchestral concerts are quite superb to go to with friends - can you hear the bassoon and tuba?
No matter what you do, it'll always be fun and exciting.
With friends around, the fun shall never abate.

Having remembered his to-do list, in order of importance and urgency, Mayor Volkan was calmer. Having things laid out in a structure was a good way to deal with things one by one instead of attempting to solve everything all at once.

"Ah, yes, the gift giving. All I know is that everything was fine, and then disaster struck. I was busy the whole day with planning and running around helping with preparations. I was always around someone else, but not the statue itself." Taking a breath, Mayor Volkan glanced towards the statue, standing abandoned on the stage. "I do know that it was under constant watch while backstage, however. Nobody should have been able to tamper with it."

Vontell nodded as he listened to the mayor. "Do you know who else was backstage?"

Mayor Volkan frowned slightly in concentration as he recalled. So many things had happened that it almost felt like yesterday already. "My daughter and Vivienne were there, as well as security, but other than that, I wasn't around to see anyone else."

"Thank you, mayor," Vontell said gratefully. There were quite a few leads he could follow, from what the mayor had told him.

The old man chuckled, "Ohoho, well, you know me, always willing to help out, especially if it helps others! Let's hope this situation resolves itself fast, yes?"


• Found at the scene: Paint Supplies, a Bucket with a Bandage, and a Hairdryer with a Tangled Chord
• The letters "V F" were carved into the base of the statue
• Vanora was backstage
• Vivienne was backstage
• Volkan was never out of anyone's sight
In hopes of discovering what caused this tiff between Trick and Treat, I've taken it upon myself to investigate this mystery. I began by searching the backstage, where the statue had been stored prior to the exchange. My search yielded: 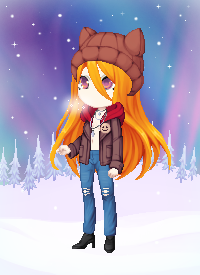 I don’t know how to answer these hidden messages. D: Are they one word answers like yesterday’s riddles? I’m so confused...

@tsundererra: I'm finding words in the last/first letters of each sentences 0: 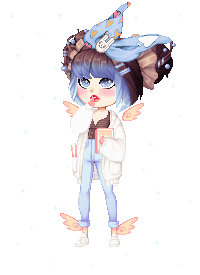 @skettiyeti: Dang, you’re smart. I was like... IS THE FIRST ONE TALKING ABOUT LOYALTY?! 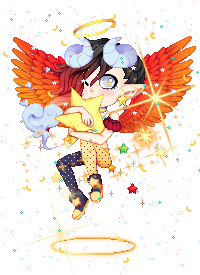 @tsundererra: lol ty! After I read the first one I was like... Oh yeah this isn't a riddle is it LOL

So then I just started dissecting hehe

I'm pretty confident we got it 0: