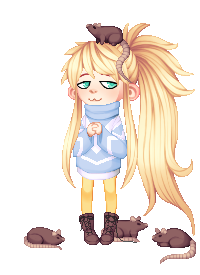 Vontell found Vregory King crouching down on the ground, nibbling nervously on candy from a pile in front of him, his little rat friends doing the same.

"Is...is so bad." Vregory muttered to his little friend Eugene, rocking on the ground slightly, as several people ran past on the street, yelling and arguing, Trick and Treat's feud continuously spreading through the citizens of Voltra. Eugene nodded as he chomped down on the candy in his little ratty hands.

Looking up at him silently, Vregory grabbed another piece of candy from the pile and shoved it into his mouth. Vontell frowned a little as he saw that Vregory's eyes were full of fear, rather than the contentment that usually resided in them.

"Are you feeling alright?" Vontell asked, feeling slightly off asking a question that he could clearly see the answer to.

Vregory shook his head, pointing at the street. "Scary..." With that, he pulled back in on himself again, only reaching out to nibble on more candy.

Vontell's frown deepened. Clearly, the current state of affairs in Voltra was upsetting Vregory. Vontell crouched down beside him, ready to reassure the sweet man who'd never mean anyone harm.

Mechanics
Find Vregory's favourite candies by matching the two that are similar.
This is a group activity. Working together will help make it easier to find all the answers.
But feel free to work alone as well!
Make sure to put your answers under a spoiler to give others a chance to play.

Prize
Once all the correct answers have been found, and at least 15 people have attempted to answer,
the EI Caramel will be added to Joyful Jamboree.

All participants in this thread will be granted a free Caramel tomorrow at noon.
(Note: Participation includes any form of posting in this thread. Even if you don’t want to join in the game, show your support!)
Report 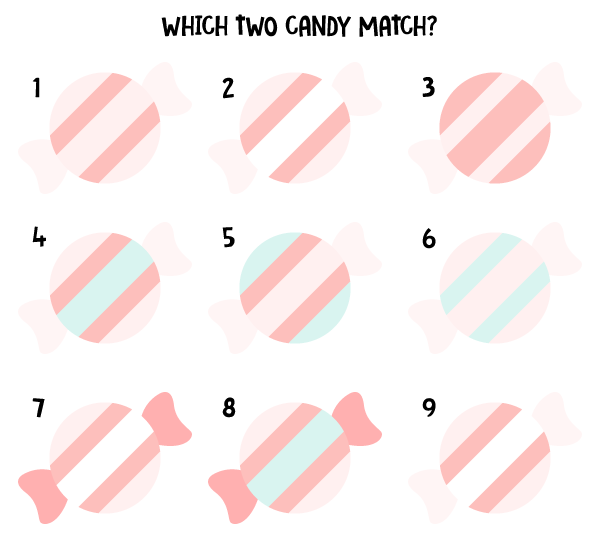 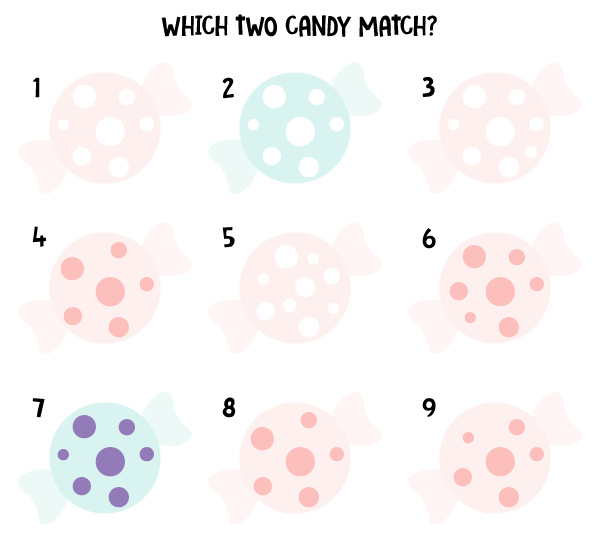 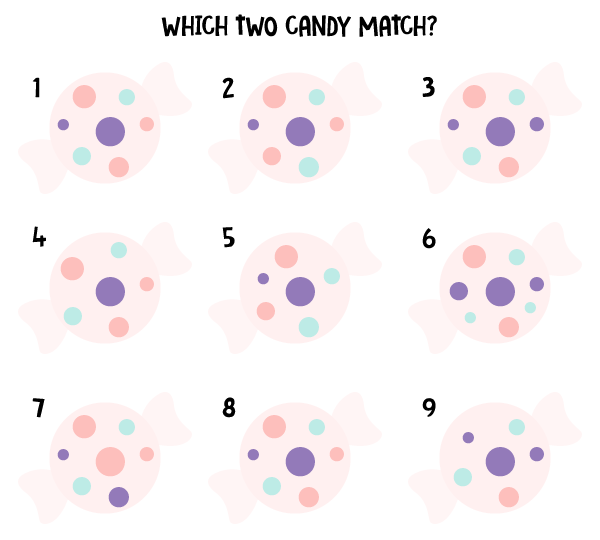 Vregory smiled at Vontell, his eyes lighting up with childish wonder for the world once again. "Thanks. Is good now."

Vontell smiled back, glad to have been able to help Vregory. Remembering why he was here, however, he asked, "Do you know what happened backstage before the Reaping Ritual began?"

Blinking, Vregory popped another candy in his mouth, "Backstage?" Looking down at Eugene momentarily, who shook his little head, he looked back up at Vontell. "Didn't go there. Eugene and I found lots of goodies on the ground so we had to collect." Picking up a piece of candy from the pile, he offered it to Vontell. "Want some? Is good."

Shaking his head slightly with a smile, Vontell responded, "No thank you, I'm quite alright. You enjoy them, you found them, after all." Shrugging, Vregory gave the candy to Eugene instead, who accepted it graciously. "Did you go to the Reaping Ritual at all?" Vontell asked.

Vregory nodded. "Went to watch in audience. Virgil did good with statue. It looked really nice." Pausing for a moment to look at Eugene, he then continued, "Eugene and I think statue smelled good. Understand why Virgil was too busy to see us when we saw it." Shrugging, he grabbed a handful of candy from the pile and carefully deposited it in one of Vontell's coat pockets, smiling. "For you."

"Ah, thank you," Vontell didn't want to upset him by attempting to return his generous gesture. As he departed, leaving Vregory in a good mood alongside his rats, Vontell wondered who exactly to investigate next.


• Found at the scene: Paint Supplies, a Bucket with a Bandage, and a Hairdryer with a Tangled Chord
• The letters "V F" were carved into the base of the statue
• Vanora was backstage (two witnesses confirm)
• Vivienne was backstage, and was with Treat
• Volkan was never out of anyone's sight
• The hairdryer belonged to Vivienne, and was not working correctly. Its chord was not tangled when she left it
• Vyctor delivered the statue and was backstage alone
• Virgil was the artist that created the statue
• Virgil claims the statue was a lifelike replica of Treat when he created it, he doesn't know what happened
• Virgil specifically told Vyctor not to remove the sheet, so Vyctor never saw it. Virgil claims this was to keep it protected.
• The statue was fragile
• Vanora left a mess backstage with paint, Vyctor cleaned it
• The Voltra Police Department was working security and kicked Vyctor out
• Vanora claims to have been with Velvet, who had an emergency
• Valentina should have been at the event, but was not and has not been answering her phone
• Violet helped Virgil with the statue, and had photographs to prove their innocence
• Violet used magic on the statue to help keep it from breaking
• Vichard went to Joyful Jamboree to buy candy said he had a big plan for it
• Vregory has a big sweet tooth, and was kept away from the statue while it was in the shop
In hopes of discovering what caused this tiff between Trick and Treat, I've taken it upon myself to investigate this mystery. I began by searching the backstage, where the statue had been stored prior to the exchange. My search yielded:

- She left the mess backstage when she was painting props and displays
- She was called away in the middle of it by Velvet, who claimed to have an emergency
- Claims she never saw Vyctor or the statue, but she did recall passing Vivienne
- Valentina should have been at the event, but Vanora never saw her and cannot contact her
Virgil was in a worse mood than usual when I paid him a visit, seemingly because of the sorry state Joyful Jamboree was in. After helping him clean up, he was open to a conversation:

- He admits to creating the statue, stating that it was a commission from Trick
- He denies tampering with it, even going so far as to state he wishes he did because of the reaction it caused
- Virgil stated that the statue was fragile and needed careful handling
- He state that Violet was with him during the creation, and that she may have useful evidence
To follow up Virgil's claims, I ventured to speak with his sister Violet. Unfortunately when I arrived, she seemed to be tied up with her work. After helping her organize, she revealed to me:

- She did help Vigil craft the statue, and had photo evidence to prove they were innocent
- The statue was made of candy
- She had cast a spell on the statue to strengthen it and keep it from breaking
- Vichard had been to the store, and mentioned having a "big plan" in store. it required a lot of candy
- Vregory was seen as an obstacle, as he can't help himself around candy
Finding Vregory King, greatly upset by the chaos that is currently ruling Voltra, I helped him calm down somewhat, after which he told me:

- He found goodies on the ground and made to collect them
- He didn't go backstage at all
- He arrived to watch the Ritual in the audience and didn't seem to realise that anything was off with the statue
- He thought the statue smells good, which ties into it being made of candy like Violet said

Suggested Witnesses:
VPD. Reason: They were on security duty.
Velvet. Reason: She called Vanora away from the scene.
Valentina. Reason: She didn't meet with Vanora after making plans, and is MIA.
Vichard. Reason: He bought candy from Violet and seemed suspicious. 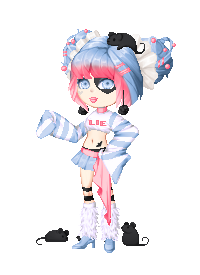 Omg I had to change my #3 answer. I HIT THE WRONG NUMBER BECAUSE FAT FINGERS ON MOBILE SCREEN.

a mood. fingers just not meant for phone screens
Report

Omg strawberry, you flashed everyone your number 3 answer. Tsk tsk.

Vreg is too cute. I just want to give him a little hug. T^T Poor baby...
Also, dying at his last name...


@Tsundererra: my rats want to join his and get some candy snacks.

Voltra on mobile definitely makes your fingers feel like XL sausage fingers. xD So glad they fixed where the report button’s location, otherwise I’d be reporting every person I’m trying to ping.

i got three wrong too. my eyes are so fucking bad
Report

Omg, Queen, your rats are superior and finally in the story. Also, you made me realize that I messed up on #3 anyways. xD I might have to change it again...