Posted in Do You Like Bread, Too? Posted 19 hours ago

Posted in What Is Something You Know You Should Do More? Posted 21 hours ago

Posted in What is something that you would kill to be able to do well? Posted 21 hours ago

@Booderdooder: Yeah that's Tumbleweed. I love him to death but he's definitely too smart for his own good. He never plays with toys, but if you try he'll just watch it and you. He only does bad things when he wants something, but sometimes we can't figure out what that something is. He's pretty special needs though since he has to take medication twice a day to keep his stomatitis under control so THAT'S a challenge. He's a very finicky eater too so sometimes giving him his medicine is difficult since if he won't eat it with his food I have to use the syringe and he HATES syringes, especially since is mouth is so sore. He's sweet though and quick to forgive.

Mallow on the other hand is a big dumb baby. An hour or two before dinner time he'll start meowing and won't stop until the wet food is provided. When it's not dinner time sometimes he forgets there's dry food in his bowl and you have to show it to him. He constantly knocks things over with his tail. If you flip him on his back he's completely docile. He's completely capable of playing on his own and a hair tie will keep him occupied for hours. Also he will only drink water straight from the sink because he's spoiled.

And your babies sound so sweet.

Posted in What is something that you would kill to be able to do well? Posted 22 hours ago

@Booderdooder: I don't like bugs touching my skin, but I'm not afraid of them necessarily. Mostly I'm just "you shouldn't be here" at them. But yeah the jumpy ones especially freak me out because I'm afraid I'll squish them. Same will small reptiles and amphibians. I just don't know what they're gonna do.

And yes, my boys love to cuddle. They're very sociable toward people and always want to be in the room where people are. Tumbleweed is a little finicky about how he cuddles so you have to be sitting in just the right way and he has to be in the mood. He does sometimes like to be held though. Mallow is friendly to strangers but isn't a lap cat until he gets to know you. With me though he loves to cuddle in bed and will often let me hold him like a teddy bear.

Posted in What is something that you would kill to be able to do well? Posted 22 hours ago

@Booderdooder: Yes I have crippling fear of dead things so I can't even deal with the dead bugs.

And yeah my plan currently is to possibly buy a house and rent rooms to some very good friends. I just have to find the right house and get my financials in order.

Tumbleweed I've had for 8 years and Mallow for 7. They're good good boys (if not a little needy).

Posted in Do You Like Bread, Too? Posted 23 hours ago 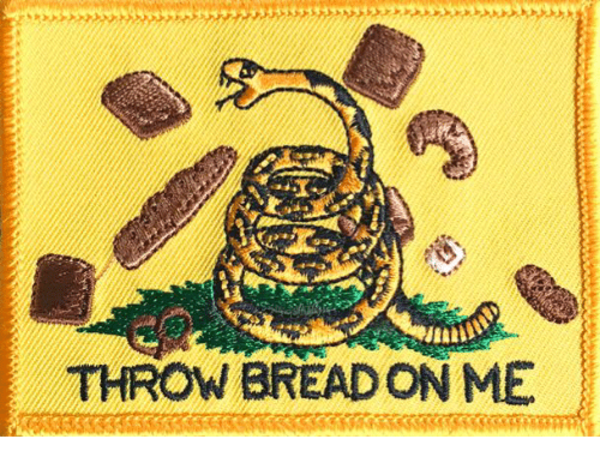 Posted in What is something that you would kill to be able to do well? Posted 23 hours ago

@Booderdooder: Oh no, I feel you on that one. I also was recently uprooted but thankfully didn't have to relocate very far. While I don't abhor the idea of having roommates, I want to do so on my own terms. I want to be sure I can afford to live in a place on my own should anything not go according to plan. But having someone to get rid of dead bugs for me and feed my cats when I go out of town is a very appealing scenario.

@Booderdooder: We (my boyfriend and I) had bought a house together but we weren't really aware of all the things to look for. Things that SHOULD have been caught on the inspection but, us being first time home buyers with little to no experience in home buying, went with the inspector the realtor recommended to us. Don't do that. They're trying to sell the house. You want someone who is going to point out every flaw. So anyway we ended up having to replace and remodel a lot. It was pretty exhausting and very expensive.

And yeah, the roommates and their responsibility level can make a big difference. If they're not cleaning up after themselves it turns into a pig sty very quickly.

@booderdooder: You got me there. I was previously living with my boyfriend at the time. I am currently living with my parents until I figure out what I want to do next. I'm fairly certain I could live on my own renting an apartment, but there is safety in having a roommate you can trust. That being said I'm also looking into home ownership again because my first go around was a disaster. You're right to be wary. There's a lot to consider.

@Booderdooder: Ah, same then. I also waffle over indecision. Even though I've been independent for SOME TIME now, and have learned how to do many things, I still just... procrastinate. I guess it's just a hard habit to break.

Taxes aren't too bad if you just have wages. It only gets complex when you have to start figuring in big life events, large purchases, you are self employed, or if you just make a lot of money.

Posted in What is something that you would kill to be able to do well? Posted 1 day ago

@booderdooder: IDK why our generation is so bad at this. Anxiety, disassociation, and executive dysfunction are at all time highs. Sadly the pills only help, they're not a guarantee.

More of a support.

Congratulations! I hope you have many happy years together. I think it's smart to take care of the legal stuff first and the expensive ceremony later.

Posted in ✐ Pixel Academy -- Practice and Challenges together! Posted 2 days ago

It got quiet in here. XD Oh well. Maybe I'll have time for some pixels today. =3

Posted in Tips in Dropping a Waist inches? Posted 2 days ago

It's really hard to target specific areas unfortunately. Usually the last thing to put on is the first place it comes off though. IDK what your diet/exercise is right now so it's hard to say, but generally cutting calories will help as long as you're still getting enough to eat. Don't want to put your body into starvation mode.