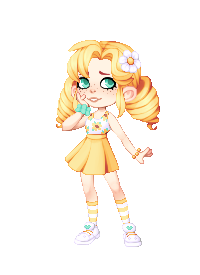 Seeking Vivienne's presence, Vontell located her within her own store, pulling out hairdryers one by one, and then putting them aside, as if something was amiss. As he entered, the little bell above the door rang, and Vivienne looked up from her hairdryers, her eyes watering a little, threatening tears.

Blinking them back hastily, she choked out a "Y-yes?" She coughed, clearing her throat a little as she heard herself. "So-sorry, I'm just..." she gestured to her hairdryers, "...having a bit of an equipment issue..."

Vontell looked at the pile of hairdryers accruing themselves. "Just a bit?"

Vivienne laughed nervously, "I guess you could...you could say it's a major issue... How am I supposed to work if I can't find a working hairdryer? Nobody wants wet hair." Blinking again, she took in a deep, shaky breath.

Seeing that Vivienne was too distressed at the moment, Vontell moved towards the pile of hairdryers. "I will help you. I am sure we can find a working one among this pile faster if we work together." 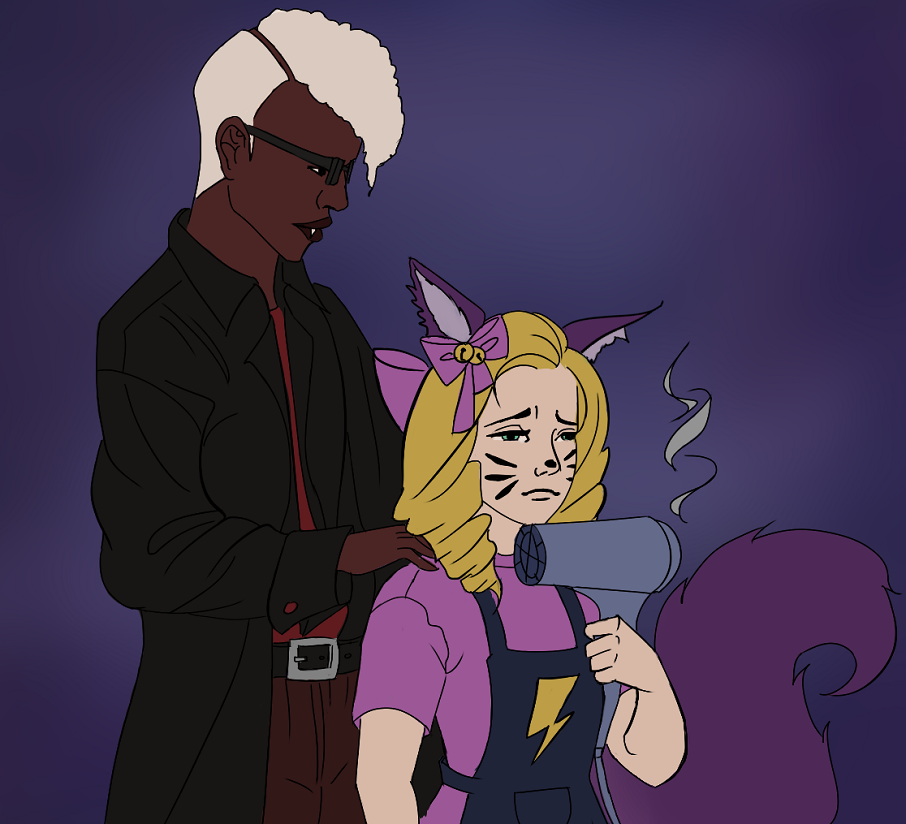 Friend PM Trade
Npc — She/Her Posted 1 year ago ( 2019/10/30 17:54:26 )
Summary
Vontell finds Vivienne to ask her some questions.
She is in a bit of a state and isn't up for questioning at the moment.
Vontell helps her with her hairdryers so she can calm down.

Mechanics
Untangle the appliance chords by finding which prong belongs to which appliance.
Follow the chords to match the letters to their corresponding numbers.
This is a group activity. Working together will help make it easier to find all the answers.
But feel free to work alone as well!
Make sure to put your answers under a spoiler to give others a chance to play.

Prize
Once all the correct answers have been found, and at least 15 people have attempted to answer,
the EI Ribbon Candy will be added to Joyful Jamboree.

All participants in this thread will be granted a free Ribbon Candy tomorrow at noon.
(Note: Participation includes any form of posting in this thread. Even if you don’t want to join in the game, show your support!) 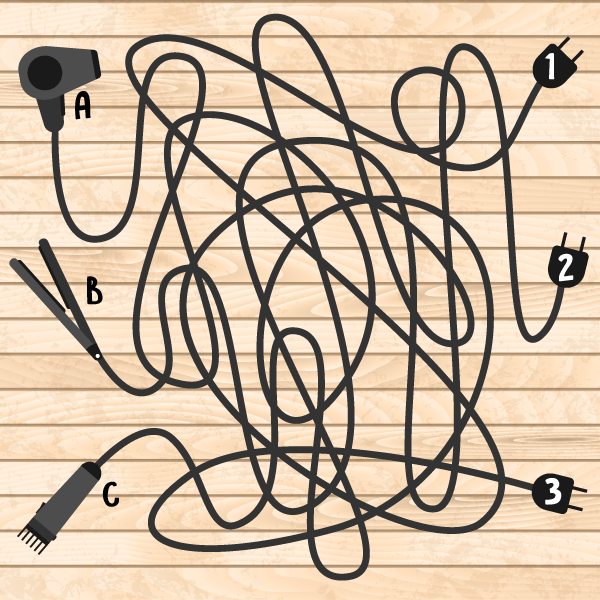 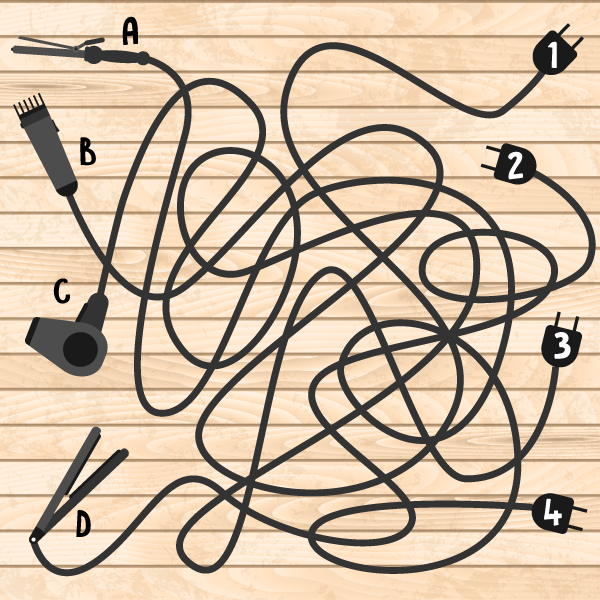 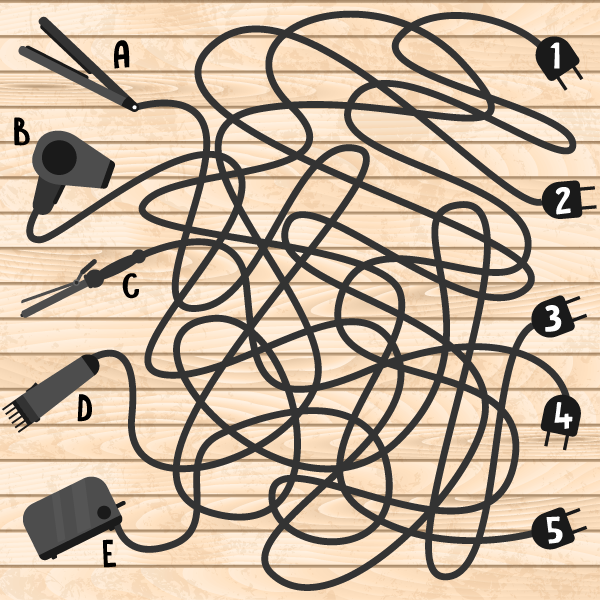 Pulling a working hairdryer from the pile at last, after testing it by plugging it in, Vontell handed it over to Vivienne. "This one works."

Her eyes lighting up, tears dried up, she took it from him gently. "Thank you so much for helping me, Vontell!" she gave him a quick hug in gratitude. "I thought I'd have to close the store waiting for some more hairdryers to arrive, or risk whatever zany things Valentina might have added to any hairdryers she might have made. My best hairdryer actually get messed up on me just before the Ritual started... Treat requested I style her hair before the exchange, so she invited me backstage to get it looking just right! Unfortunately it died halfway through... It was really embarrassing..." She laughed softly, twisting her hair nervously, "I'm lucky she was patient, she let me go try to find a new one... Oh! Right! I totally spaced, but thank you for helping me! I'm sorry for the trouble..."

"It was no bother at all, it was my pleasure," he smiled slightly, the fake fangs of his costume indenting themselves into his lips. "What happened to the hairdryer, was there a problem with the chord? Also, do you recall what you did with this hairdryer?"

"Ah yeah, I was really upset when it gave up on me. But no, the chord was perfectly fine, it just would not blow air right... And oh, I think I might've left it behind because since didn't work," she pouted slightly, then waved the new working hairdryer in her hand. "But now this is my new best friend! The old hairdryer can go in the bin or something. Maybe Valentina can use it for spare parts, if she can find it!"

Tilting his head a little, he inquired, "During your time backstage, did you happen to see anyone else?"

Blinking, Vivienne nodded. "Hmm... Well like I said, there was Treat, but she entered and left the backstage with me, so we were together the whole time. It was just us for a while... Oh! But I know Vanora was back there, she was there before me helping out with the set up. She was doing a lot of running around though... And then when I was leaving, I passed Vyctor. He was wheeling in something heavy with a tarp... I think it was the statue! But I never really had the chance to ask..."

Thanking Vivienne for the information, and wishing her luck with her hairdryers, Vontell departed the store, not wishing to intrude upon her any longer.


• Found at the scene: Paint Supplies, a Bucket with a Bandage, and a Hairdryer with a Tangled Chord
• The letters "V F" were carved into the base of the statue
• Vanora was backstage (two witnesses confirm)
• Vivienne was backstage, and was with Treat
• Volkan was never out of anyone's sight
• The hairdryer belonged to Vivienne, and was not working correctly. Its chord was not tangled when she left it
• Vyctor was backstage, and potentially delivered the statue
In hopes of discovering what caused this tiff between Trick and Treat, I've taken it upon myself to investigate this mystery. I began by searching the backstage, where the statue had been stored prior to the exchange. My search yielded:

Suggested Witnesses:
Vanora. Reason: She was backstage where the statue was kept.
Vyctor. Reason: He potentially delivered the statue.

Dang, you beat me to the first post! xD


Also I best not here that “ohh I’m so bad uwu” this time around, volties

Y’all can DO THIS
Report

I have boxes in storage that look like this.

Omg, when I was working as a school teacher, I hated when kids were like “idk so I won’t try”. Like bruhhhhhhhhhhh, what do you have to lose? Use them critical thinking and problem solving skills to have fun at least.

That is absolutely how they got tangled in the first place.

Did anyone else get their free gummy event item from helping out yesterday? I didn’t. ;~; I had to buy one like a plebe...

@vivienne: Were yesterday’s event items granted out to participants? Volkan is “too busy” yelling and pretending to work to do his job again. )x

I didn't get mine yet either but I'm sure it'll happen today. I was gonna buy extra anyway so I already bought some.

I checked it yesterday because it looked and sounded cute, but I couldn’t wait for my freebie anymore and bought one. xD

I’m sure they’ll grant it by the time they close this thread.