(I wanted to do this before I saw the official event thread-thing and then i saw it and almost didn't, but decided what the hey, why not)

these aren't necessarily what i'll be writing, but it shows what i've done
i can do more unsettling/darker stuff, but you have to explicitly ask for it and i may pm it

It's always difficult watching the beginning of a disaster. You can see it coming but you can't stop it because it's not in your control. It's someone else's life.

She stared at the words on the screen, only slightly content with the content. She knew she could do better, but she didn't have the time.

Saving the document, she closed out of the window and shut her laptop. She packed her bag, grabbed whatever was left of her iced coffee, and stepped out the cafe.

She scrolled through her Instagram feed while waiting to cross the street. The left-turn arrow turned green, she began walking, and a bus slammed into her.
"feral"

I fear becoming
a feral tragedy, lost
without your guidance
On my way home last night, I fell asleep at the wheel. I got minimal hours of sleep the night before, could not get to coffee all day, and my manager made me stay for closing. The highway was closed for construction, so I had to take Park Express which—past a certain point in the city—would be mostly barren that time of night. My eyes started drooping when I stopped at a red light. I shook it off, telling myself just 5 more minutes until I got home. As I reached the part of Park Express that was 5 big turns, one almost right after another, I felt a deep wave of exhaustion roll through me. But I was so close. On the third turn, I bounced back from dozing off, and on the fourth, my eyes closed completely. I heard a loud crash, followed by an echoed rumbling—like a car turning over and over. And then I opened my eyes. In front of the car floated a woman with wings. Everything about her was graceful and airy, soft beige and light turquoise. I opened my mouth, but couldn't find my voice, and she shushed me. I looked behind her and realized I was parked in my driveway. She smiled at me, and with a flutter of her wings, she was gone.
Her hair thrashed around in the harsh wind as everyone's screams filled her ears. Tears fell from her eyes.

But she looked next to her and saw his soft eyes, his sweet smile.

She grabbed his hand, returning the smile.

The world went yellow as the sun shone through the window behind him. Then white. Then black.

The campers of the Electric cabin sat on the floor in a large circle.
"Are we sure this is safe?"
"As if this'll even work," someone whispered, followed by a few snickers.
"Hush," the witch in the group commanded.
Silence followed.
The candle in the middle of the floor lit itself. The flame grew and grew until it engulfed the entire candle—wax and all. A few campers flinched and jumped back, breaking the circle.
The witch cried out in pain. The fire flared out, striking her with what looked like a small bolt of lightning.
She warned them... the spell failing was more dangerous than succeeding. She left the scar on her cheek all summer instead of healing it as a reminder to her cabin mates—don't cross her again.

all pixels are linked to their deviantartists
Report 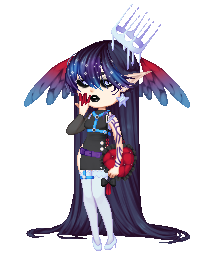 I hope you've been well. c:

@valefor:
Val! it's been a while :3
I've been doing aight, writing a lot more this year~
how about yourself?

@Deaa: It has been a while! And I'm glad to hear you've been writing more! That's always nice. c:
I've been okay. Similar to you, I've been drawing more I guess. xD Mostly adjusting to staying at home more often. I miss going to the park and hiking in the woods. I mean I can still go, but I'd rather just stay home and away...from people there (to be safe haha).

@valefor: yeeaa I've seen you pumping out art on your IG~ v proud
yeah! and I'm trying to get back into reading too!
in fact I may read myself to sleep instead of scroll thru my phone

ahh for the most part I forget people are still working from home cause my industry
I'm usually in the office or at home
we're mostly back in the office although they're about to start limiting office time again with the spikes in our state...
which I'm grateful for cause I swear residents forget that the office staff needs to stay healthy for the office to be open (I'm in student housing, helping manage a property)

@Deaa: haha yesss! xD I pumped out soo much art at the beginning of the year and towards the end of April. Phew, I was on a roll. I'm kinda burnt out now so I'm taking it slow.
Ooh, I'm trying to get back into reading too. I still have a couple books I bought a few summers ago...and shamefully haven't touched yet. ^^; I just get so distracted with other things haha.

Oh no, I hope you can work more from home and limit your interactions with the residents. And I'm glad to hear office time will be limited again for you! Staff gotta stay safe too!

@valefor: burn out is real, and I'm glad you're taking it easy! it's important that we don't focus on productivity when mental health is more important right now~
oh don't feel bad, I have legit an entire tall ikea bookcase of like 70-100 booksand I've read like 27 total. and 9 of those were in the last 2 years. so most of what I've read was like 3-6 years ago.
I mostly settle on the couch after work and watch my programs on Netflix and Hulu while writing fanfics and poem-snippets

yes, really, a lot of people aren't wearing masks to the office. it's hard enough getting staff to keep their masks on, and then residents don't follow policy and call ahead for things and it's just frustrating :Y 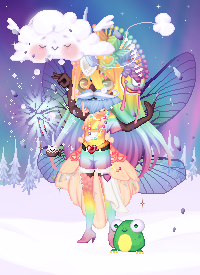 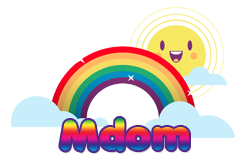 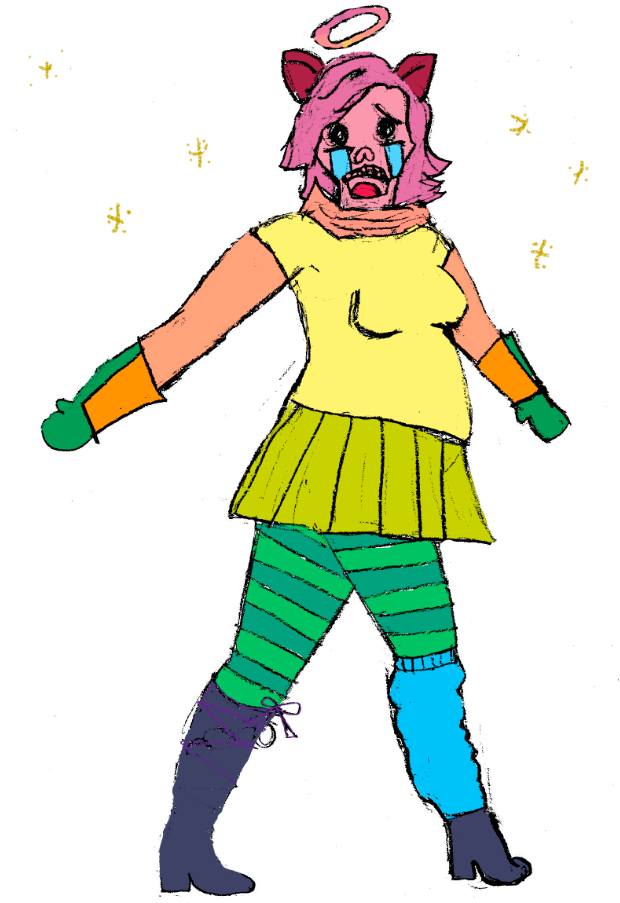 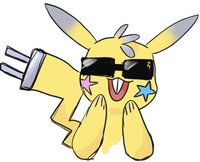 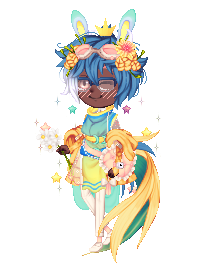 ● ● ● e
Report
and after love and loss and all the tears that I cried, I find that here we are in the future

thanks for your orders!
i'll get right on them >D

@Deaa: Now that I'm well rested time to reply. xD Hope you had a good night's sleep as well!

Oh yeah, burn out is a struggle. ^^; And yep! Definitely important to take care of mental health and not just your physical health as well.
And haha! I'm glad to know I'm not the only one with unread book stacks. xD It's just soo easily to hop on netflix or your phone than take your time to read a book. ^^;

Oh no. :( I hope they also aren't giving you too much trouble too. 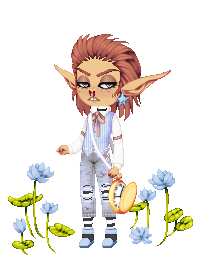 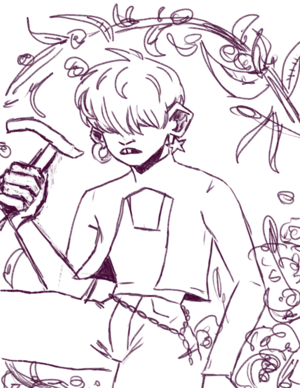 
The campers of the Electric cabin sat on the floor in a large circle.
"Are we sure this is safe?"
"As if this'll even work," someone whispered, followed by a few snickers.
"Hush," the witch in the group commanded.
Silence followed.
The candle in the middle of the floor lit itself. The flame grew and grew until it engulfed the entire candle—wax and all. A few campers flinched and jumped back, breaking the circle.
The witch cried out in pain. The fire flared out, striking her with what looked like a small bolt of lightning.
She warned them... the spell failing was more dangerous than succeeding. She left the scar on her cheek all summer instead of healing it as a reminder to her cabin mates—don't cross her again.

@valefor: i sleep hard nowadays, but i do not wake up refreshed, i've been trying to drink more water

i've been slacking on physical health, but allowing my mental health to take priority
it's toooo easy, and my books all look interesting BUT so does netflix xD

it's a little better today, but now the phone's ringing off the hook and we're doing a lot of move-outs lol
everybody's just running around


@vessel: thanks for your interest~

@Deaa: Understandable. At least, you're getting sleep. Better than none at all. ><

I feel yaaaa. Sometimes, I feel you have to choose one over the other and it's an endless cycle. I'm sort of the opposite right now. My physical health is okay, but mentally i'm struggling a bit. :(
Haha, oh netflix. Tempting you with content and updates with just a click of a button. xD

Yikes. Y'all are busy bees still. >< But I'm glad to hear it's not really for bad for ya.


@valefor: yikes it's really still a lot at work, it's so much I'm procrastinating, which is giving me more anxiety whoot~
spoke too soon and now I'm getting less sleep too lol

ahh I feel that, definitely get that, and sometimes it's neither! when my mental is slacking, I like to do relax-y days where I don't make myself do anything I necessarily productive, just like shower, eat, stretch, enjoy content, listen to music
I was able to get in 1 hour of rollerskating on a parking garage roof on Saturday, I felt really good about that, especially since I haven't sweated that much in a WHILE; but haven't done anything active since beside walking and using stairs while at work.

it slowed down a bit for the office staff, but that's just cause everybody's sending in emails between all the calls
also as soon as I left to go vote, my agents were bombarded with more aggressive resident calls/requests and I felt bad ;-;
but I was also really glad to be out of that office